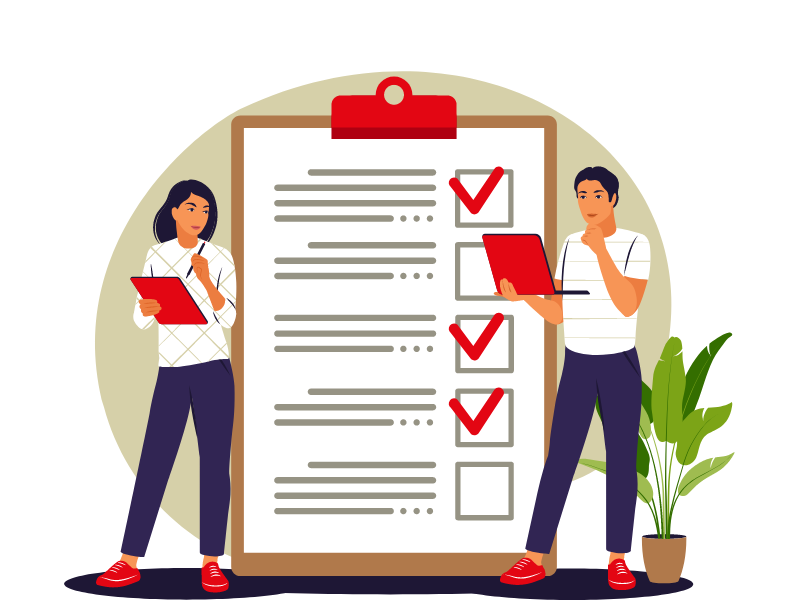 Taking the opportunity of negotiations with the ILO Administration and the upcoming transition of the ILO’s senior leadership, your Staff Union invites you to fill in an all-staff global survey to help defend the staff’s interest with regards to different contractual arrangements. We need to hear from you to have a clear and comprehensive understanding […] 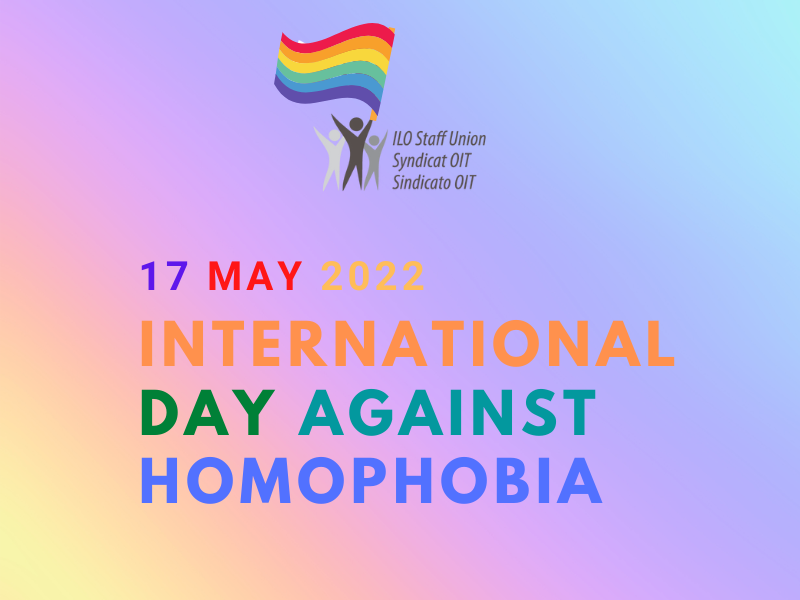 This year’s theme for 17 May, the International Day Against Homophobia, Biphobia and Transphobia (IDAHOBIT), is: “Our Bodies, Our Lives, Our Rights” We should all be free to claim our rights to live our sexualities and to express our gender(s) freely. This is true also in the workplace. The workplace should be free from discrimination, […]

Latest news for Spring from your Staff Union!

Dear colleagues, The ILO’s eventful Governing Body session is now behind us. The Staff Union congratulates the elected Director-General, Mr Gilbert Houngbo, and commits to collaborating with him when he takes office. We also reiterate our solidarity with our colleagues and all persons affected by war, as we said in our Chair’s statement to the […] 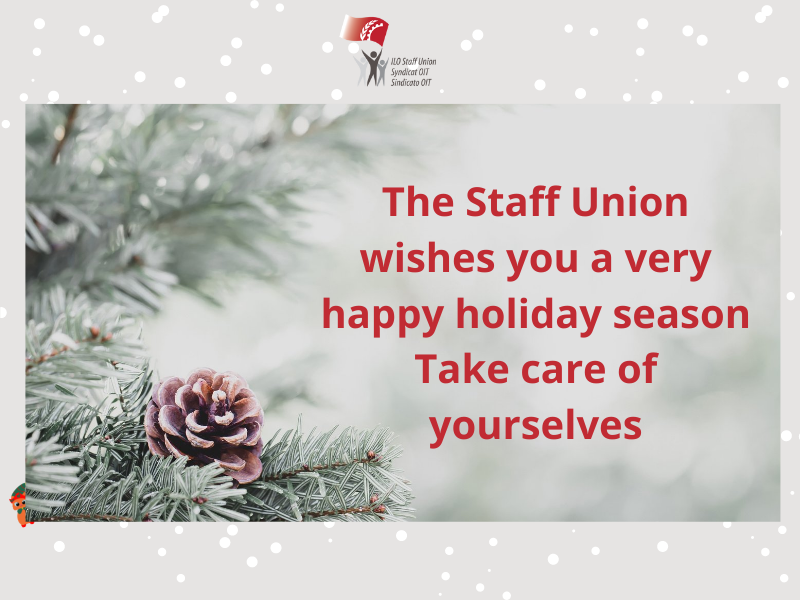 Dear colleagues, For once … and we would like this to happen more often … the Administration and the Staff Union have simultaneous end-of-year messages of recognition and goodwill for our colleagues. Indeed, here we are, at the end of a year which has been governed once again by a pandemic, alternating for all staff […] 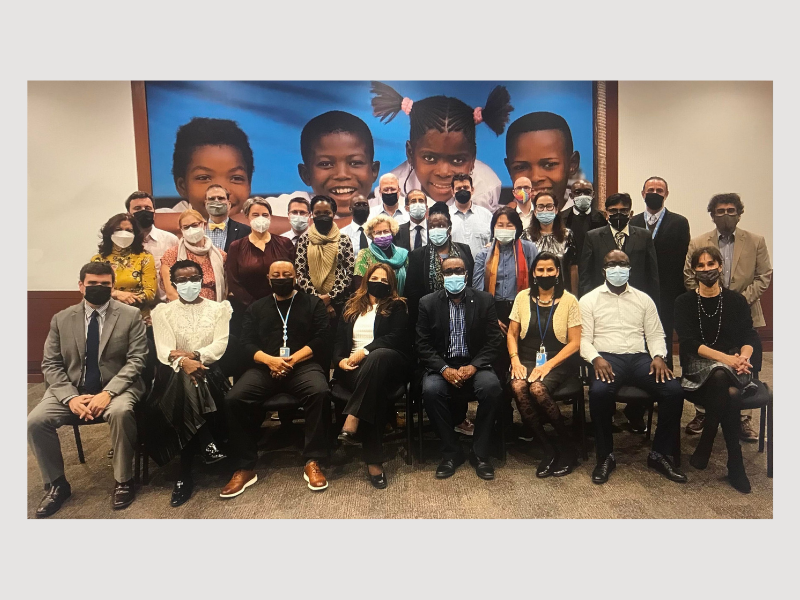 After almost two years of entirely virtual meetings, the Coordinating Committee for International Staff Unions and Associations (CCISUA) decided that it was time for its constituent unions and staff associations to meet face-to-face to take stock of staff concerns and issues within the UN common system. Hosted at UNICEF, it was an opportunity to actively […] 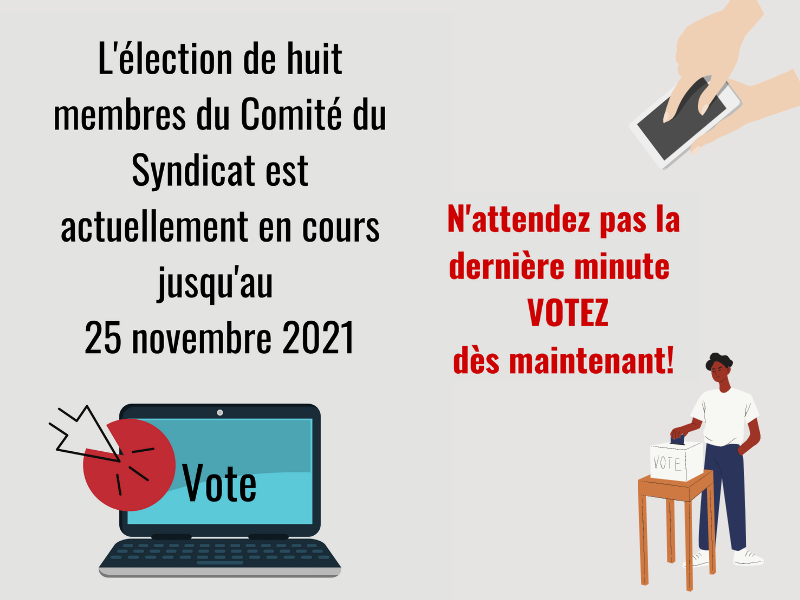 The election of eight members to the Staff Union Committee, whose mandate will run from 1 December 2021 to 30 November 2023, will be held from Friday, 1 October 2021 to Thursday, 25 November 2021 at 4.45 p.m. All relevant forms concerning these elections have been issued in electronic format and are available at the […]

Information session – How the pay cuts will affect you

Dear Colleagues, As you may know, the UN General Assembly will next month decide on whether to make significant cuts to the pay of Professional staff at the UN. A similar exercise will take place in one to two years’ time for General Service colleagues. For most staff, the cuts will result in a loss […]

Dear colleagues, We have been informed of the results of the 2016 local salary survey for General Service staff in Bangkok, which is due to be implemented imminently. The UN’s Office of Human Resources Management (OHRM) intends to introduce a third, lower salary scale for General Service staff joining after the implementation date. Thus General […]

The SHIF Management Committee arguments in the last HRD broadcast are not valid !

From: Comte-Tiberghien, Catherine Sent: 18 September 2015 11:00 To: Vines, Greg Subject: Response to Mail dated 18 September 2015 08:57 – Business Process review survey – Last chance to participate Dear Mr. Vines, I greatly appreciate all the efforts you have made personally to urge me to fill in this questionnaire on top of the […]

Say NO to the increase in SHIF contribution rates!

Suspension with immediate effect of Chair of the WIPO Staff Association

Dear Colleagues, Please note the following letter  (See PDF) addressed to the governing body of WIPO calling for the reinstatement of the President of the WIPO Staff Association, Moncef Kateb, after he was suspended without pay in advance of WIPO’s annual governing body meeting. As the letter explains, Mr. Kateb had blown the whistle on […]